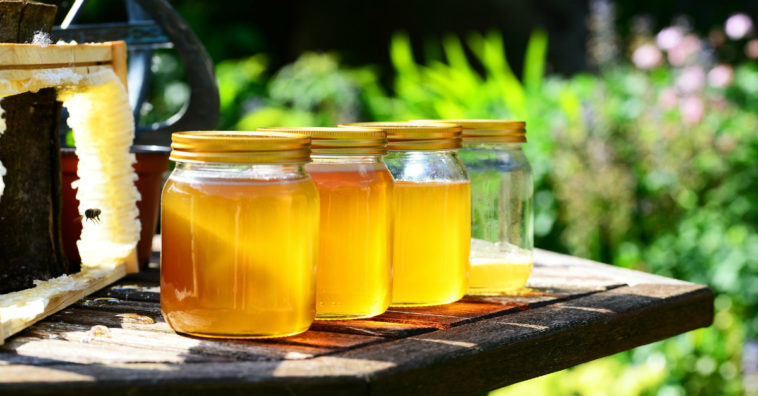 Honey is extraordinary. It was one of the very first sweets and desserts in human history and has been harvested since time immemorial. In addition, ancient people all over the world used it for its medicinal qualities in addition to culinary ones. And that very history has led to an unusual, perhaps unprecedented discovery which led everyone to wonder: does honey go bad or expire?

There’s been honey unearthed after 5,000 years in Georgia – and to the surprise of all, it was deemed safe to eat. People have long known that honey lasts a long time. But just how long? Is honey really immune to aging?

Does honey go bad or expire?

Honey is so sweet because, essentially, it is a sugar. Sugars have the property of hygroscopy, which is to say that they contain very little water. That’s important because very few bacteria and microorganisms which make things go bad can survive without moisture.

Also coming to honey’s defense is the fact that it’s got high acidity. It doesn’t harm humans due to its content in digestive enzymes, but it takes care of any tiny organisms which would otherwise damage the honey.

The very process of making the sweet helps prolong its life. The bees themselves reduce the hydration of honey by flapping their wings to dry it out. Most importantly, though, honey comes out of their abdomen and has enzymic glucose oxidase. To put it simpler, it has properties which combine with the nectar to make two very important ingredients:

To sum up. honey doesn’t expire because it has the right properties to kill any microorganisms that could lead to it. However, it can still spoil if exposed to the right conditions.

Can you get sick from eating old honey?

In general, old honey is surprisingly safe, in ways other foods would not be. But you should always be careful as it can go bad under certain conditions.

Since it’s primarily that lack of water which makes the honey “safe”, exposure to liquids, moisture, or hydration is, indeed, at risk of spoiling it.

If the old honey is stored in a sealed container in a cool place, it should be safe for literally thousands of years. But be aware: honey could be mishandled by the beekeeper, or by someone on your end.

If you want the honey to be life-lasting, you will need to make sure that you have good storage and handling procedures. Let a jar of honey get even a bit ajar in a damp basement storage room–and you’ve got a recipe for disaster.

What about crystallized honey?

Bear in mind that there’s a big difference between crystallized (i.e., “solid”) honey and spoiled honey. Honey can absolutely crystallize over time if it’s exposed to temperatures of around 50-60 degrees. It also freezes safely.

Many people don’t want to eat crystallized honey, and some believe that this means the honey’s “bad”. Fortunately, that’s not true! Crystallized honey is as safe as liquid one.

Why don’t we usually see honey crystallized? Since some people are uncertain about honey in that form, manufacturers tend to strain out crystallized bits, leaving us with the “smooth” honey we know.

So, does honey go bad? Not if it’s properly stored and sealed! If you get the opportunity to eat 5,000-year-old honey, take it! You’re experiencing a fascinating piece of the human history of food.