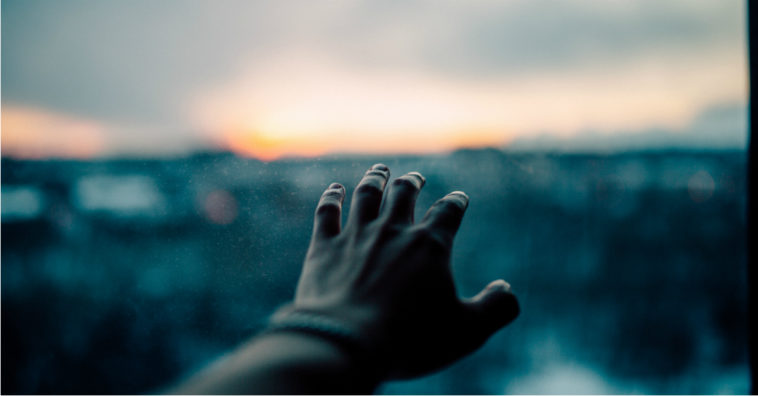 Losing a parent is one of the most painful, shared moments in humanity. Depending on the cause of the demise, it can be more or less difficult, but it never, at any point, does it become easier. And the effects of losing a parent aren’t restraint to sadness and mourning, either. Such an emotional shock has not only short but also long-time psychological effects.

Psychological effects of losing a parent

Knowing the psychological effects of losing a parent does little to soothe the sadness and pain. However, it can be very important to prevent the pitfalls of grief that can condition the remainder of your life.

The effects of losing a parent are also related to the way it happened. When the demise comes due to an illness, adults and children alike have a certain time to adjust. They have the opportunity to surround themselves with support and to spend more useful time with the person before the event happens.

However, when the death is unexpected due to an accident or an acute and fast passed illness, it can be a traumatic experience that scars the person with its emotional charge.

PTSD and Major Depressive Disorder are common diagnosis, especially with older children and young adults that remain in denial or anger for long periods of time.

According to a study published in The American Journal of Psychiatry, grief activates three brain regions: the posterior cingulate cortex, the medial/superior frontal gyrus, and the cerebellum. These are in charge of retrieving old memories, processing familiar faces and generally dealing with past emotions and imageries.

However, these same regions play an important role regulating sleep and appetite. When grief overcomes a person, the brain gets overwhelmed and focus solely on the feelings and memories you’re dealing with.

As a result of this focus, sleep and appetite are left less regulated. When grieving, the person might then experience an increase or decrease in appetite and sleep, headaches, digestive troubles, dizziness and the feel of a clenched chest.

The effects of losing a parent tend to soften down as time goes by and grief start to lift up. However, that’s not to say that they will go away completely.

In the year after the demise, grief will still be actively affecting the brain, which can cause emotional instability. It is normal for the person to go through a wide range of emotions such as rage, sadness, guilt, regret, anxiety, and sadness.

According to the Diagnostic and Statistical Manual of Mental Disorders, grief becomes pathological after 3 months, if the person remains unable to continue with his or her life normally.

Symptoms are similar to those of depression. The mourning person is unable to cope with social interactions and withdraws from any interaction with other humans, including family and friends. They may feel unable to deal with expectations and to perform their normal lives, be it at work or to simply take care of themselves.

Adults are more capable of controlling these thoughts and they can understand they stem from grief. The effects of losing a parent are much more worrisome with children, however, particularly if the cause was traumatic.

According to a study published in the Journal of the American Academy of Child & Adolescent Psychiatry, children whose parents passed away from suicide, accident or from a violent death are more likely to present psychiatric disorders growing up. They are also more at risk and engaging in violent criminal offenses.

The most surprising and telling effect, however, is the fact that children whose parent(s) committed suicide are more likely to die in the same way, even if later at old age.

Worst age to lose a parent

There is no right age to lose a parent. Pain doesn’t diminish with time and the emotional charge of the moment will always be hard to cope.

That being said, it’s undeniable that such a loss such is much harder to cope with for children and adolescents.

They are still growing and in their formative years. Parents are their safe place, from whom they receive love and education. Not to mention, children are more vulnerable to the psychological trauma and changes caused by grief.

Young adults are not included in this category of more fragile ages. The same study that analyzed the suicidal tendencies concluded that young adults (early 20s) already present a resilience younger individuals don’t have.

How to deal with the death of a parent

Grieve. For all the psychological effects it has, grieving actually serves its purpose. Let yourself remember, think about your parent, the memories you shared, the experiences you lived.

Try to focus on the good moments and leave the bad ones aside. This can be hard, but try to focus on his or her smiling face and think to yourself that’s the way you want to remember them. Once that image is imprinted in your mind you will know deep down that your mom or dad wouldn’t want you to be sad.

Time cures everything and as days go on, grief will slowly lift its veil. The pain will never go away, but it becomes manageable and barely noticeable under the good memories and the love that you still carry with you.

Dealing with a parent’s death is all about letting life follow its course. Nevertheless, there are some attitudes and thoughts you can have that will make everything harder. Here’s a quick list:

If you can’t cope with the loss alone and feel there is no one to talk to, try to visit a therapist or a psychologist. There are professionals used to dealing with such situations. They will have a better perception of your feelings and situation and can personalize the help you need.