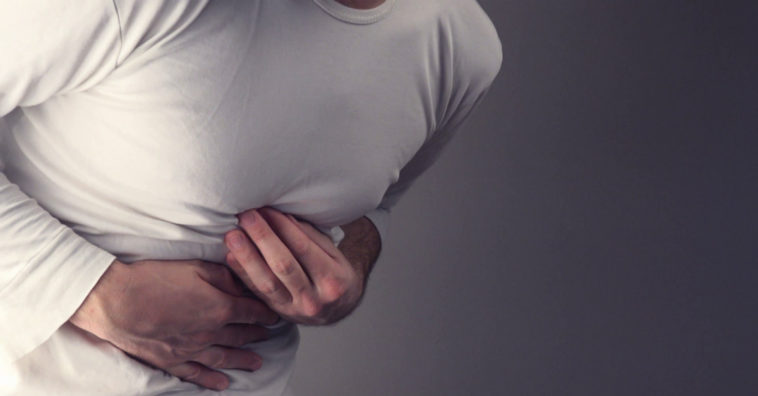 Having acid coming up the esophagus is not pleasant and can turn straight painful as its lining gets burnt. Eating less should do the trick, but if you let yourself go you might want to give these home remedies for heartburn a try.

If you suffer from acid reflux often, you should visit the doctor to assess what the root cause might be. However, if you only have it once in a while, then these simple tricks can help relieve or eliminate the uncomfortable symptoms.

Home remedies for heartburn: keep those acids down

These home remedies are quite simple to take and you probably have them lying around your house already. Although some lack scientific support to their claims, they’re still safe to use and even researchers recognize the power of placebos.

Baking soda is surprisingly one of the most effective home remedies for heartburn. The reason lies in the sodium carbonate it contains, which counteracts the stomach acids, neutralizing them.

The effect is temporary, though, and not a permanent solution. Depending on the person, the rebound can be worse than the initial symptoms.

To try it out, just add 1/2 or 1 teaspoon of baking soda to a glass of water and drink it.

Chewing gum stimulates the production of saliva, which in turn help to clear the esophagus from the acid coming up.

This helps to reduce and control the symptoms, however, it has no direct effect on the primary causes of heartburn nor over the reflux itself.

Fresh ginger, either eaten peeled or used to prepare a tea, can help with nausea and vomiting.

Due to this effect, it can soothe the stomach in case of a heartburn, alleviating the symptoms. If eaten right after the meal or during it, it also promotes a better digestion preventing the acid reflux.

At the moment, there isn’t any research confirming ginger has any direct effect on the root causes of the heartburn.

One of the distinctive features of pineapples is that they contain bromelain. This enzyme breaks down the proteins in the stomach, facilitating digestion.

Drinking a glass of pineapple juice can thus enhance digestion, making it better and faster. Once digestion is properly on the go, the acid reflux will naturally decrease until the symptoms disappear.

Chamomile tea is one of the most effective yet side-effects-free home remedies for heartburn. This plant’s tranquilizing properties relax the body and the mind, acting also more locally on the stomach.

Its soothing properties also work as to balance the acid levels as well as reducing inflammation of the stomach.

According to a research from 2015, aloe vera pure juice can reduce and provide treatment for the symptoms associated with heartburn.

However, this juice also has some side-effects that you should consider before deciding on drinking. Namely, it can tamper with the effect of some medication, as in the case of diabetes, and there is the possibility it might induce miscarriage in pregnant women.

There isn’t enough evidence to prove that licorice root has any benefits regarding heartburns.

Regardless, be it because it works as a placebo or it has some unknown properties, there are several anecdotes accounting for its effects soothing the stomach acids.

If you want to give it a go, just remember that you should be using licorice root, not candy.

Out of all the home remedies for heartburn, apple cider vinegar is probably the most famous and recommended. People who have tried this trick swear by it but, funny enough, there is absolutely no proof that it works.

Researchers agree the placebo effect is strong in this case and believing it will help it’s enough for people to feel better after taking this vinegar.

This vinegar is still an acid, though, and it can interfere with the cholesterol and blood sugar levels. Seek advice with a doctor before trying it out.

Prevention is always better than cure. As useful as the previous home remedies for heartburn the best thing you could do is try to avoid needing them. They are efficient, but while waiting for their action to take effect you’ll have acid in your esophagus.

Keep away from trigger foods

The main culprits are usually alcohol, spicy foods, caffeine, chocolate and raw onion. Nevertheless, each person is different and your trigger foods might be different.

Try to identify them and avoid them.

Don’t lie down after eating

In the 2h to 3h hours after a meal, you should avoid lying down. If you must, then you should elevate the head of your bed so the torso keeps a vertical inclination. The goal is to have gravity helping out keeping the fluxes down.

If you’re already prone to heartburn, avoid wearing clothes too tight around the waist. They will just press your stomach and push the fluids up.

You should stop smoking for several health reasons. In the case of heartburn, every time you inhale the smoke, the valve that closes the pathway from the esophagus to the stomach opens up as if you were eating.

Given enough time, the valve will eventually start malfunctioning and gastric reflux will become more frequent.

If you want to learn more about heartburn and why they occur, check the video below.