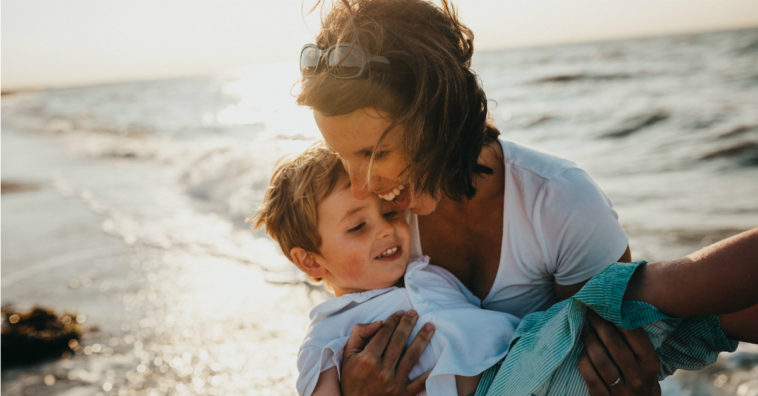 It is somewhat logical that a happy and caring family also reflects in the emotional wellbeing of a child. But what may seem intuitive has already been validated by science, with several studies confirming that a parent’s affection shapes a child’s happiness.

The first of such studies to confirm the power of this relation was published in the Journal of Epidemiology and Community Health in 2011. In it, the researchers evaluated the level of affection between mothers and their newly born babies and later interviewed those infants when they were in their thirties.

The results showed that high levels of maternal affection from an early age produced adults less likely to suffer from mental distress or anxiety.

Later, a 2013 research concluded that children who felt loved by their parents and were also happier, emotionally balanced and had less risk of suffering from cardiovascular problems and high cholesterol as adults. This goes to show that a parent’s affection shapes a child’s happiness but also their health and wellbeing well into the future.

In the same year, a study led by Dr. Darcia Narvaez also inferred that young children who received positive touch, social support, were breastfed and felt the affection of their parents were more sociable, presented a better cognitive development and were mentally and emotionally balanced, traits that were also present as adults.

How to be a more affectionate mother

First of all, there is a distinction between being affectionate and being overwhelming and over controlling. A mother always wants the best for their children, but while the first is the reason why parent’s affection shapes a child’s happiness, the second can actually lead to the child’s anxiety and psychological damage.

Therefore, you need to find a balance between showing your affection and smothering your children. The following tips might help.

According to a 2003 experiment, hugging, even if for only 20 seconds a day, can impact greatly on the overall health of a person, both adults and children.

Parents normally have high levels of oxytocin, the “love hormone” when they are around their kids, but the touch and pressure of a hug can increase them even more, and the child’s too!

High levels of this hormone are related to lower blood pressure and less risk of cardiovascular problems.

Caress their face, hold their hands, stroke their hair. Touch is one of the easiest ways to convey your affection and to create a comfortable and caring bond between mother and child. Even playful touches like tickles or a secret and complex handshake can strengthen this bond.

It also encourages the children to be more open and express their affection too, besides giving them a sense of security. In a way, with every touch, you are telling them that you are there by their side ready to give them your love and protection.

If you’re not used to be this openly affectionate, your children might find your sudden change of behavior unsettling. Try some high fives and a few pats on the head first, and then progress to hug.

Massaging has a soothing effect on children and works to strengthen the connection with the mother. How many belly aches have you cured or saw cured with soothing words and a caring message?

Don’t limit them only to sickness. It is a great way to create a special and intimate moment for you. It is also a way to convey positive or serious messages while at it since the child will be relaxed and closer to you.

It doesn’t matter if they are planned or spontaneous. These special moments will very likely become fond memories for your kids and a constant reminder of your love for them.

Go for a trip with your children or for a play at the park. Surprise them with an unexpected visit to the Zoo or the swimming pool. Or simply tie a red headband to your forehead, Rambo-style, and challenge them out of nowhere for the most deadly-funny tickle fight!

Your love and your touch are important to make your children feel secure, protected, and free to grow up to be as caring human beings. You are their base and their pillar.  It even impacts their health as adults.

Check out in the video below an experiment to see how the child reacts and change its behavior from happy to slightly frightful when the mother stops smiling and touching her and turns her face still and her behavior detached.