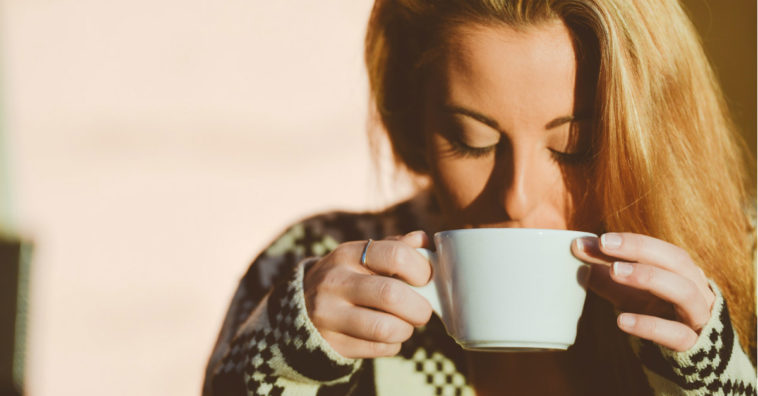 When you feel anxiety taking over and your heart clasping on itself, a cup of tea might be all you need to recover control. Made out of plants, these beverages make use of their natural properties to soothe the restless feelings and all without the dangers or side-effects of common medication for these cases. Get to know below which are the best teas for anxiety.

The 8 best teas for anxiety

Made out of different plants, it is not surprising that not all teas have the same effect over the body, so you should pay attention to that. For instance, you may want to keep away from black tea if you’re feeling anxious or the caffeine may worsen your symptoms.

The following are the best teas for anxiety, according to science.

Chamomile is a classic when it comes to fight anxiety and even get your Zs more easily. All because of its relaxing effect that works similar to a mild tranquilizer without any side-effects such as drowsiness.

In a 2016 study, researchers even suggested drinking this tea or taking it as a supplement as a long-term option to reduce the symptoms of anxiety.

It might be strange finding a tea with caffeine among the best teas for anxiety, but it’s all thanks to its content in L-theanine. According to a 2011 study, this amino acid reduces the symptoms of anxiety by decreasing the heart rate and enhancing attention and reaction time.

This means that green tea will soothe your worries while increasing your energy levels and attention span.

As with chamomile, the valerian root tea is one of the most famous teas for anxiety. This plant is even commonly used in many pharmaceutical formulations designed to treat anxiety without any side-effects, such as addition or drowsiness.

Surprisingly enough, despite being used a mild tranquilizer for centuries, there is no conclusive research as to why this plant produces such a soothing effect. Placebo or not, the reality is that it seems to work and there are no downsides to it.

Passiflora has been widely studied has a potential mild sedative to help promote sleep. However, a 2001 research concluded that it can also be used as a treatment for anxiety.

According to the researchers, this plant worked to control the general symptoms of anxiety in the subjects, with little to no impairment of job performance.

This tea is made out of a flowerless bush native to Oceania and the South Pacific, where it is used as a popular natural treatment for insomnia and anxiety.

The true effect of the tea is yet to be analyzed but in a 2003 study, the researchers concluded that the Kava extract shows potential as a possible short-term treatment for anxiety. For better results, you should look for purer forms of Kava as these contain higher levels of kavain, the compound that works to reduce anxiety.

The calming and sleep-inducing effects of lavender oil have been widely studied by now. This is even considered one of the best essential oils for anxiety.

The effect of the tea isn’t as clear, but everything seems to point that it can be effective to help reduce the symptoms of anxiety too. Particularly since most of the benefits of this plant are attained by inhaling its aroma.

According to a 2016 research, drinking lemon balm tea could significantly reduce the symptoms of anxiety, depression and even improve sleep quality in highly distressed burn patients.

You should only drink this tea occasionally, though, as it can produce dependence and withdrawal symptoms. It is not, then, a good long-term solution to help with the anxiety symptoms.

Several pieces of research have confirmed the efficiency of holy basil tea to treat anxiety and distress in animals. Two small studies, one in 2008 and another in 2012, have also shown indications that these effects are transposed to humans too, with the subjects in these researches presenting decreased levels of general stress symptoms.

The concentrations used in these studies were, however, higher than those found in a tea, so these conclusions should be taken with a pinch of salt when it comes to teas for anxiety.

Other possible teas for anxiety

The following teas are commonly used to treat anxiety and stress, but they lack scientific support to back these claims. However, they have been historically used to treat these ailments and the several anecdotes ascertain their effect.

Peppermint tea: the oil of this plant has been shown to induce relaxation and have an analgesic effect over the nervous system. However, only animal studies have been conducted to date and it is not known if the effect of this tea translates into humans too.

Rose tea: in a 2005 study, rose tea was shown to reduce menstrual symptoms in adolescents, including the psychological distress. It is not conclusive if this tea alone could reduce the anxiety symptoms or if this effect was the result of the soothing of the menstrual symptoms alone.

Fennel: according to a 2014 review of the properties of this plant, fennel has shown a few indications that it may help to control the symptoms of anxiety in animals. Further studies are still required in this field, particularly to assess if this effect would also be felt by humans.

Drinking teas for anxiety in an excellent first step to take in order to control your feelings and symptoms. It is a natural strategy with little to no side-effects that already shows you are aware of your issue and can predict or tell when it’s taking over.

Exercising, having a healthy diet and breathing slowly can also help you reduce anxiety, making it easier to control it.

To find 5 more strategies to manage stress and anxiety, check out the video below.