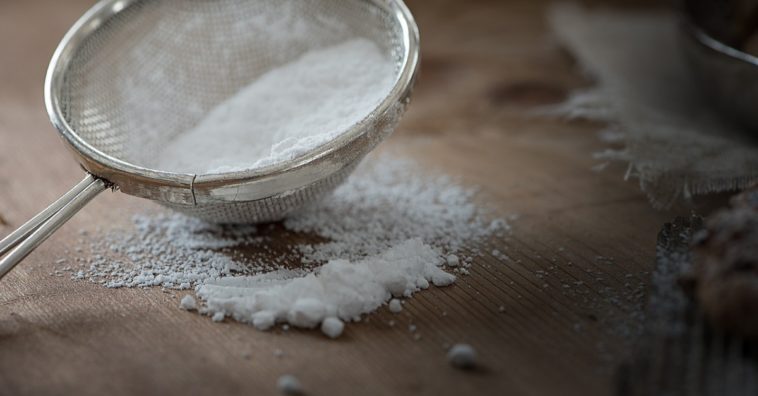 You are surely aware that eating too much sugar is bad. You know about its calories and that people with diabetes have to control their intake more attentively. But do you really know why is sugar such a bad guy in the eyes of every doctor?

Too much sugar is bad, but why?

Hardly anyone would question that eating too much sugar is bad, but few would be able to point out exactly why. The problem is that there are many arguments against its intake, so many that one can’t help to wonder why is sugar still so popular.

It’s not that sugar has different calories from other foods, it’s that it packs a lot in very small portions. What is more, people don’t usually have much control over the quantities they eat.

You can control how much sugar you put in your coffee, but not in sodas, juices, candy and baked goods or processed food, which is why you should avoid them to lead a healthy diet. A systematic review of 30 studies by the European Association for the Study of Obesity has confirmed that sugar-beverages are linked to obesity in children and adults.

Moreover, some types of sugar, such as fructose, affect the hormone leptin, which plays a role in controlling and managing hunger. It can then make you feel hungry when you shouldn’t be and turn cravings more intense.

Increases the risk of diabetes

Diabetes is a condition that arises from the body’s inability to produce insulin or by its resistance to it. This hormone is key to process and to balance the blood sugar.

Eating too much sugar is bad because it can spike the levels of blood sugar. This is dangerous for individuals with diabetes but also increases the chances of a healthy individual to suffer from this problem, according to a 2016 research.

Sugar triggers spikes in blood glucose levels, which is why you tend to feel energized after eating sweets. If you have children, you might even be familiar with the famous “sugar high” effect.

However, since this increase is so sudden and not based on a progressive absorption of nutrients, the blood glucose levels plump very quickly too.

Due to this yo-yo effect, the body feels depleted from energies and increases cravings to motivate you to eat more food and provide more energy sources. While at it, you might also experience mood swings, headaches and fatigue.

As if the health concerns sugar rises weren’t enough, it can also age your skin and bring wrinkles ahead of time.

According to a 2010 research, glucose and fructose link the amino acids in the collagen and elastin, rendering these unable to repair the skin.

While collagen is responsible for maintaining the tissue connections, elastin gives skin its flexible feature. By conditioning the performance of both, sugar reduces the skin’s ability to keep its tense and smooth surface and of bouncing back into its original position after any movement or contraction.

Sugar creates the perfect environment in the mouth for bacteria to flourish. When in the presence of sugar, these bacteria produce an acid and lower the mouth’s pH levels, both of which work to erode the teeth and trigger the formation of caries, according to a 2003 study.

Even if you don’t eat too much sugar, a small quantity is enough to initiate this process. What is more worrisome, a 2017 research concluded that brushing the teeth frequently only serves to attenuate the impact of sugar, but it doesn’t eliminate it.

Sugar itself seems to have no connection with acne, according to a 2016 study review. However, eating too much sugar is bad because it increases the blood glycemic levels.

In a randomized controlled trial in 2007, the researchers concluded that high-glycemic diets are more likely to trigger acne than low-glycemic ones. Likewise, the subjects in this trial with acne enjoyed an improvement to their condition once they switched to a low-glycemic diet.

Back in 2000, a research published in The American Journal of Clinical Nutrition finally brought to light a seemingly benefit of eating too much sugar. According to the researchers, increasing the intake of glucose was positively associated with better memory since, in their trial, elderly individuals showed improved memory after drinking a glucose beverage.

But the good news stops here. Already in 2012, a different study concluded that sugar can improve memory temporarily, but it also impairs the remaining cognitive performance. A 2017 research corroborated these findings but took things a step forward by identifying that only glucose improves memory. Other sugars can actually impair it too.

Increases the risk of depression

A high consumption of sugar in the form of sweetened beverages, refined foods and pastries is associated with an increased risk of depression, according to a 2015 study.

This relation had already been found by a different 2009 research that compared the incidence of depression in middle age individuals with good dietary patterns and bad ones, high in sweets and fats.

The link between sugar and depression is not yet clear, but researchers suspect the changes in the blood sugar levels that trigger mood swings are to blame, as they cause a neurotransmitter dysregulation and increase inflammation.

How much sugar is too much?

Eating too much sugar is bad, but it depends if it is natural or added sugar.

As the name hints at, natural sugars are naturally present in foods, like vegetables and fruits. These sugars are perfectly fine as they are present in small amounts.

Added sugars are the problem. As the name also indicates, these are sugars that you add to something: pastries, processed foods, beverages, etc. There is no consensus regarding its daily limit.

The American Heart Association (AHA) recommends an average of 6 teaspoons of sugar per day for women and 9 for men, while the US Dietary Guideline 2015-2020 talks about limiting the intake to less than 10% of the daily calorie intake.

The problem with defining a limit is that it needed to be broken down according to each type of sugar and the gender, age and level of physical activity of each individual.

What to do after eating too much sugar

You know you’ve eaten too much sugar is you experience a sudden energy crash when just a few minutes before you were wired. Now your body feels exhausted, and you just want to lie down somewhere. Your sweet tooth might even be tingling already has your brain requests more sugar and calories!

What you have to do now is to eat some fiber and protein that increase satiety and are slow to digest. These nutrients will thus help to balance the blood sugars once again and to keep the cravings away.

If you still feel some “unnatural” energy left, take a walk to release it. Drinking a detox tea can also be of help. These beverages are diuretic and they will make you go to the bathroom more often. To do this, they increase the blood flow through the kidneys, a filter that will help to get everything balanced faster.

Are there positive effects of sugar?

Sugar makes food sweeter and tastier and, if you really need a boost of energy ASAP and are willing to deal with the consequences later, it can also provide it to you.

There are also the previously mentioned studies that concluded that certain types of sugar can improve memory temporarily.

But that’s it. If you needed any other reason why eating too much sugar is bad, you have it here. There are no positive effects or benefits to sugar besides its taste.

Sugar can be very addictive. If you fall to temptation every time you experience a crash after eating too much sugar, eventually you will enter a negative cycle where you just need that intake to be able to function as a normal person. You will be just like a drug addict unable to quit. And as you could see above, eating too much sugar is bad, really bad.

Check the video below to learn 7 strategies that can help you break that cycle and to control your sweet tooth.